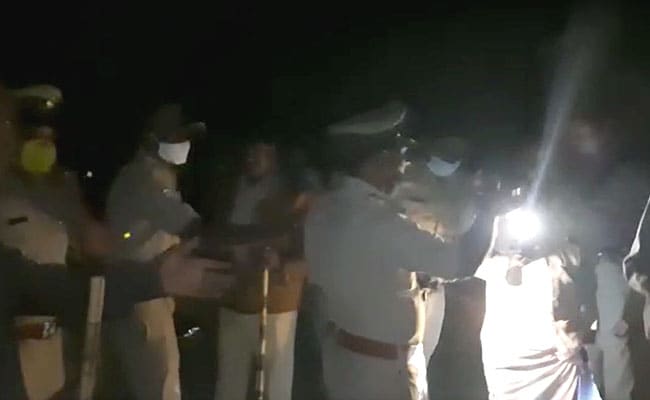 Eight people were killed in an explosion at a blast at a stone mining quarry in Karnataka’s Shivamogga district, the police said. The possibility of subsequent explosions at the quarry at Hunasondi near village Abbalagere has not been ruled out by the police since some dynamite sticks are still live, the police said. A bomb disposal squad has been called in and the entire area has been sealed.

The people who died in the explosion were reportedly transporting the explosives meant for mining in a truck when the incident happened. The truck was destroyed, the police said.

The blast occurred around 10:20 pm, resulting in a loud sound and tremors that could be felt in nearby Chikkamagaluru district as well. Many took the mysterious loud sound – which shattered window panes – to be an earthquake and ran out to the streets.

On Twitter, many posted photos of broken windows and minor damage to buildings and of people out on the streets.

“Pained by the loss of lives in Shivamogga. Condolences to the bereaved families. Praying that the injured recover soon. The State Government is providing all possible assistance to the affected,” Prime Minister Narendra Modi tweeted.