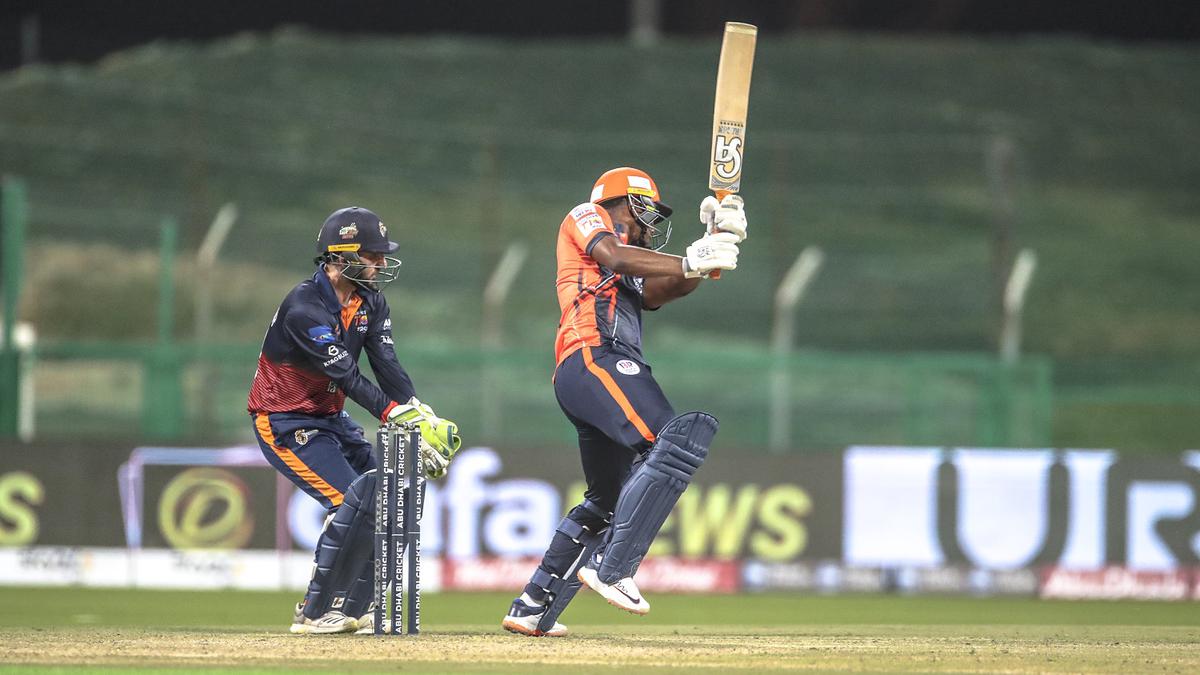 Delhi Bulls clinched its second successive victory by registering a nine-wicket win over Maratha Arabians, in just five overs, in the Abu Dhabi T10 match at the Sheikh Zayed Stadium on Friday.

Electing to bowl, the Bulls restricted the Arabians to 87 for the loss of three wickets.

Bulls opener Evin Lewis smashed an unbeaten 55 off 16 balls to guide his side to the finishing line. The West Indian hit seven sixes and two fours.

Even Pravin Tambe, a seasoned IPL campaigner, could not break the 85-run stand between Bopara and Lewis.

Earlier, Abdul Shakoor, who was Arabians’ hero in the tournament opener, got out for a duck.

Qalandars trounced Pune Devils by nine wickets in the fourth match of the Abu Dhabi T10 at the Abu Dhabi Zayed Cricket Stadium. Tom Kohler-Cadmore’s half century for Pune went in vain as the Qalandars reached the target of 109 in 7.1 overs.

Tom Banton top-scored for Qalandars with 45 to win the player of the match award.

April 22, 2021, No Comments on Distrust Between PCB And PSL Franchise Owners Grows After The Former Refuses To Share The Fact-Finding Report Behind The Bio-Bubble Breach In PSL 06