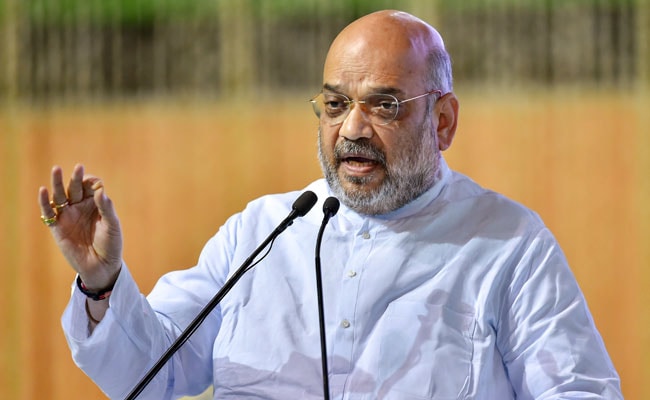 Amit Shah was briefed soon after the incident. (File)

Union Home Minister Amit Shah has cancelled his visit to West Bengal, his office said on Friday. Mr Shah was to attend several programmes as the BJP steps up its campaign in the state where assembly elections are expected to be held in April-May.

While no official reason was provided for the move, sources said that the minister is expected to hold a meeting on the blast that took place in a high-security zone in central Delhi on Friday evening.

A very low-intensity improvised explosive device or IED was detonated near the Israeli embassy in the heart of central Delhi at 5.05 pm, the police said, adding that no injuries or property damage, apart from shattered windscreens of nearby cars, had been reported.

The blast took place 1.4 kilometres from Vijay Chowk, where President Ram Nath Kovind, Prime Minister Narendra Modi and other senior members of the government had gathered, amid extremely heavy security, for the Beating Retreat ceremony that follows the Republic Day parade.

Mr Shah was briefed on the situation soon after the incident, and Delhi Police Commissioner SN Shrivastava visited the site.

As part of the standard operating procedure in such situations, an alert has been issued at all airports, important installations and government buildings in the country, and “enhanced security measures have been put in place”, the Central Industrial Security Force (CISF), which guards civil airports, nuclear and aerospace installations, the Delhi Metro and central government buildings, said.

Police sources said the explosive, which an initial probe suggests had ball bearings as part of the IED’s makeup, had been wrapped up in a plastic bag and left near a tree on the pavement outside a nearby building that is just metres away from the embassy.

Samples of dust and grass have also been collected, the source said, adding that CCTV footage of the area was being studied for further clues.

The entire area – the embassy is located on Dr APJ Abdul Kalam Road – has been cordoned off and senior Delhi Police officers, as well as those from the Special Cell and other intelligence agencies, examined the scene.