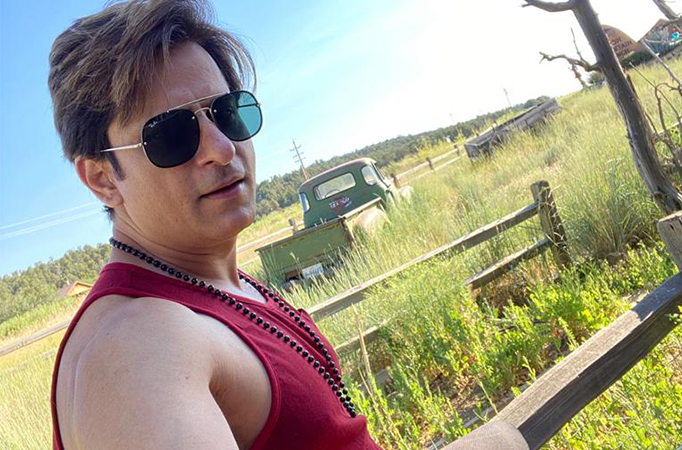 MUMBAI: Known for shows like “Kkusum”, “Kyunki Saas Bhi Kabhi BahuThi”, “Doli Saja Ke”, and “Pavitra Rishta”, Amit Sarin made fans go gaga over him with his overwhelming performances. The actor is now living in the US along with his family but misses performing in India.

He said, “I do miss performing on the Indian platforms immensely, and I wish someone out there is listening to this and extends the offer.”

In his career spanning over two decades, the actor has been a part of some big and hit shows on the telly. Talking about how he became a household name, he said, “I think luck is when your preparedness meets the opportunity. I couldn’t have asked for more to be part of such landmark shows of television. Their immense popularity and reach to Indians all over the world made me a household name and it felt great that my characters connected with people so well.”

In 2006, he won the Best Actor award for his role as Kshitij in Balaji Telefims’ “Kkusum”. Sharing details about his big win, he said, “It was the day I will never forget, the memory of that is so clear till date. I remember every word I said, how I thanked Ekta Kapoor for changing my life, Tarun Katiyal, who was then the programming head of Sony TV, to always see a winner in me.”

He believes that awards and recognitions help an actor in self-motivation, and said, “It does feel wonderful but more importantly it endorses self-belief in your craft and that surely helps to get better and better.”

The actor is known for portraying romantic characters on-screen and admits that because of that doing a negative character came was a challenge.

“I was known as the boy-next-door and to do a negative character was a big challenge but it completed me as an actor, to be able to do it convincingly. I have always tried to break my comfort zones by accepting challenging roles as well. I thank my audience to give me so much of love and accept my work,” he said.

Asked if he thinks, actors in India get typecast easily, he said, “It might be true that actors get typecast, but that also reflects that people love what you do and want to see you, again and again, doing the same things.”

Amit, lastly, thanked the industry for supporting and encouraging him for so long but said that he still has a long way to go.

“I feel lucky enough to be able to fulfill my dream of becoming an actor and very thankful to the entertainment industry for helping me to sustain for this long, though I still have a long way to go. The journey so far has been overwhelming,” he signed off.