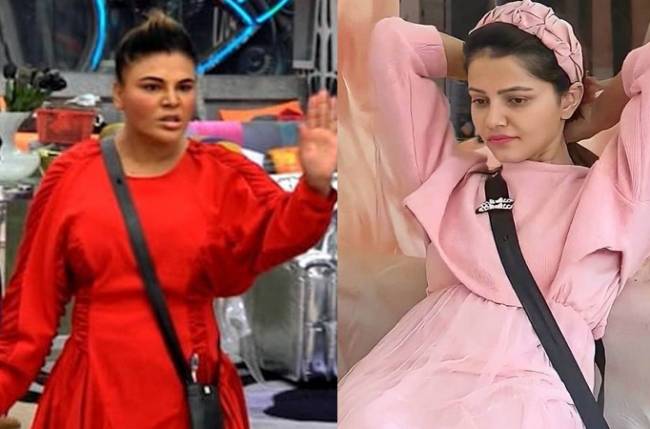 Aly first alleged that Abhinav and Rubina had been instigating Nikki Tamboli against their team. The duo tried to clarify that Nikki was acting on her own. After yet another fight with Nikki, Devoleena Bhattacharjee told Aly, “Itni gandi hai Nikki. Mujhe zara bhi bura nahi lag raha uski upbringing pe sawal utha k (Nikki is so bad, I do not feel bad questioning her upbringing) She should have been given a good scolding in her childhood!”

Next, Bigg Boss offered “personal supply of coffee till the show ends” as enticement for contestants to break rules, and after some drama and fights, Rakhi eventually took the offer. When Bigg Boss announced the end of the task, the contestants ended up fighting once again and could not reach on a decision. Bigg Boss then declared that they had performed well but won’t get any luxury food items as they could not reach a conclusion.

Next morning, Abhinav asked Rubina why she was talking to Aly despite their fight and she pointed that even Abhinav had continued his friendship with Jasmin Bhasin for a long time after their fight. “I never questioned, I am just saying this never crossed my mind,” she said. Abhinav insisted that the two fights were different. He added that Jasmin was never this rude.

Meanwhile, Rakhi had handed over her supply of coffee to Abhinav and he was seen stealing small amounts for himself and Nikki. On the other hand, Vikas Gupta was seen explaining to Rakhi that she should give up smaller pleasures like those of coffee, for the sake of the Bigg Boss 14 trophy. He told her that she is a great entertainer and may win the show, adding that she goes overboard at times and gets emotionally carried away.

Later, Rakhi also shared her cup of coffee with Aly and Devoleena, even as Arshi kept saying it was against the rules that the coffee was meant only for Rakhi. Bigg Boss then announced that Rakhi did not respect the conditions of the coffee supply and would have to give it up.

How to watch tonight’s show

The stories of Black, enslaved people in the Great Smokies are lost in history. The national park wants to tell them.

March 1, 2021, No Comments on The stories of Black, enslaved people in the Great Smokies are lost in history. The national park wants to tell them.