The pretty lady, who has a huge fan following, was recently seen in Bigg Boss 14. A video featuring her singing ‘Aly da pehla number’ is not to be missed. 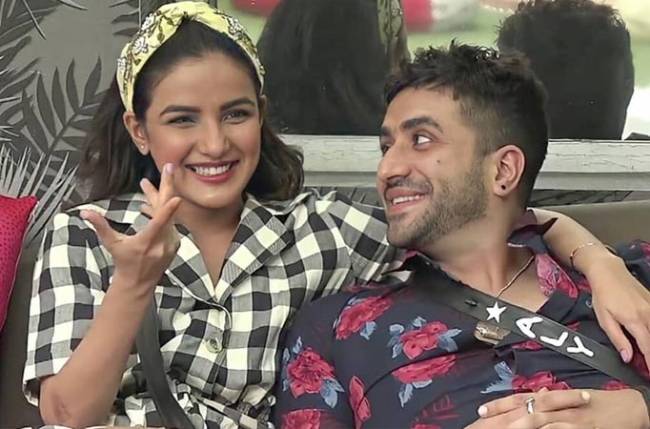 MUMBAI: Jasmin Bhasin is one of the most popular actresses. The pretty lady, who has a huge fan following, was recently seen in Bigg Boss 14. She might be out of Bigg Boss 14, but she continues to be a staunch supporter of her boyfriend Aly Goni. It’s evident from the video that was posted by her good friend and co-contestant Shardul Pandit from their night out.

In the video, Jasmin could be seen dancing to Duma Dum Mast Kalandar, but she twisted the lyrics and sang, ‘Aly da pehla number’, making her desire to see Aly win Bigg Boss 14 apparent to everyone.

ALSO READ: BIGG BOSS 14: OMG! Aly Goni curses Rakhi Sawant as he blames her for separating Jasmine and him from the game!

In the video, Jasmin can be seen donning a red chikan kurta with silver danglers. It is in the house of Bigg Boss 14 that Jasmin realised her true love for Aly. The two had first met at Mumbai airport when they were flying as contestants to participate in Rohit Shetty’s Khatron Ke Khiladi. In BB, the two stood solid together and were always seen supporting each other. However, her eviction left both of them shattered.