After Sonali Phogat confessed her feelings for Aly Goni on Bigg Boss 14, many inside and outside the house have been getting candid about it. Here’s what the actress turned politician’s family feels about it 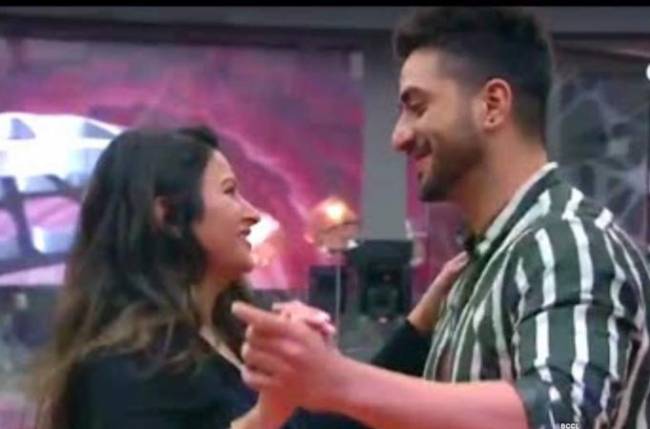 MUMBAI: Bigg Boss 14 wildcard contestant Sonali Phogat recently surprised everyone after she confessed she has a liking for Aly Goni. The Yeh Hai Mohabbatein actor who entered the house to support his girlfriend Jasmin Bhasin is still in the game whereas Jasmin has been eliminated from the show.

Post her elimination, Sonali confessed her feelings to him. Not just the housemates but also show’s host Salman Khan was seen pulling her leg on the same and asked if it’s her new strategy for the game. During the Weekend Ka Vaar episode, while Salman teased Aly and Sonali about their growing proximity, the latter accepted that she does like Aly and enjoys his company

Now we hear, Sonali’s love angle has not gone down well with her family members. A source close to the show informs us, “They are not happy with what she has been doing with Aly. And they don’t want makers to highlight this anymore.”

Sonali is a single mother to a 14-year-old daughter, Yashodhra, who also entered the show during family week and appreciated her mother’s game in the show. Sonali who is an actor, tiktoker and a politician was married to Sanjay Phogat but unfortunately, her husband lost his life in 2016 in mysterious circumstances at their farmhouse.

Recently, Sonali’s close friend and advisor Sudhir Sangwan had also shared his reaction towards Sonali’s liking towards Aly Goni, “Everybody inside is making relationships for their game. It’s not just Sonali. Nobody has come with an intention to make a lifetime relationship there. What she is saying and doing is a part of the game. As soon as they will come out, it will be over. People are misunderstanding her liking towards him. She may have found his personality appealing and confessed her feelings but people like Arshi Khan and Rakhi Sawant took it to some other level and created all this fuss.”

He had also added, “As a person aapko koi accha lagta hai iska matlab ye nahi hai ki aap uske pyaar mein ho. Game mein ye saari cheeze hoti hai. And, they have to create content which is what she is also doing.”

March 7, 2021, No Comments on Man dies when gunfire erupts near ‘George Floyd Square’ in Minneapolis as Chauvin trial looms

March 7, 2021, No Comments on Sheertex’s ‘unrippable’ tights are expensive, but totally worth it

March 7, 2021, No Comments on Don’t allow a stranger to fill cheque details

March 7, 2021, No Comments on Microdosing’s Feel-Good Benefits Might Just Be Placebo Effect

Take Your Tunes Anywhere With Our Fave Bluetooth Speakers

March 7, 2021, No Comments on Take Your Tunes Anywhere With Our Fave Bluetooth Speakers