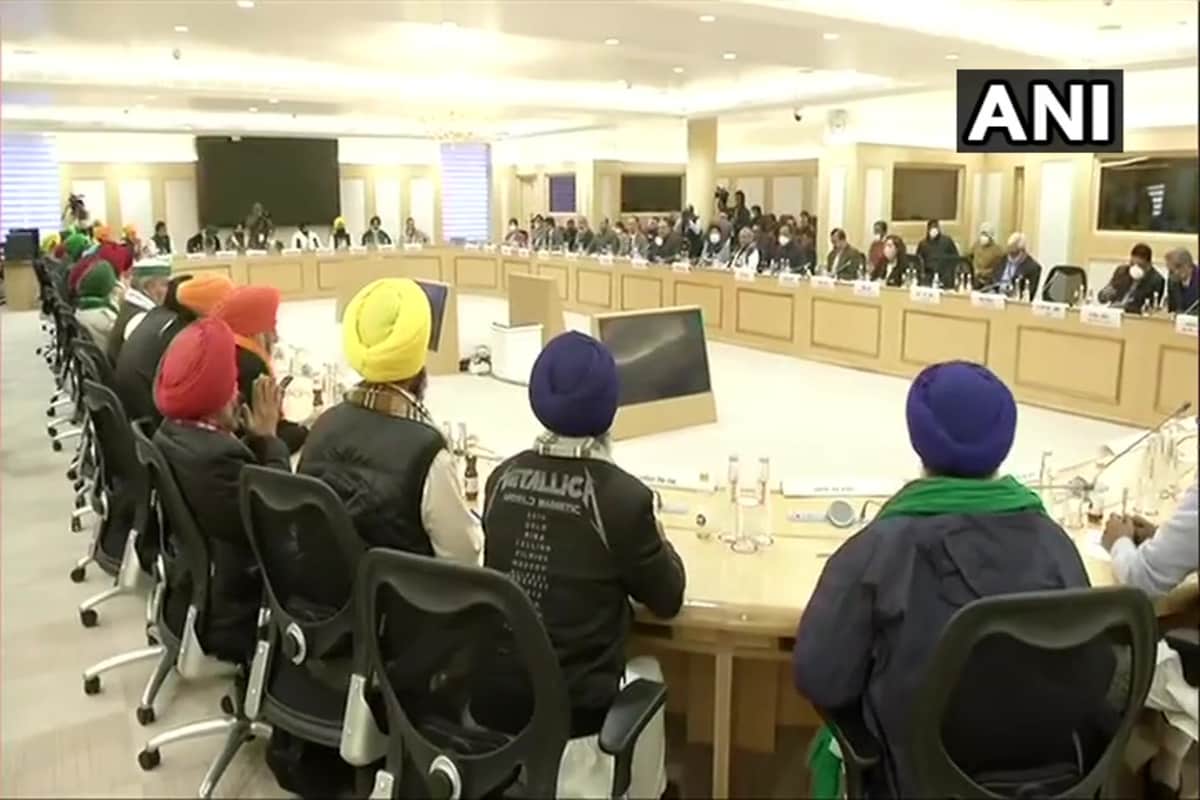 The government on Wednesday proposed to suspend the three contentious farm laws for one and half years and set up a joint committee to discuss the Acts to end the stalemate, but farmer leaders did not immediately accept the proposal and said they will revert after their internal consultations.

The next meeting has been scheduled for January 22, a day after the farmer unions hold their internal discussions on Thursday, farmer leaders said after the 10th round of talks ended at Vigyan Bhawan here after nearly five hours of talks, including two breaks.

“The government proposed to suspend the farm laws for one and a half years. We rejected the proposal but since it has come from the government, we will meet tomorrow and deliberate over it,” Bharatiya Kisan Union (Ugrahan) president Joginder Singh Ugrahan said.

During their tenth round of negotiations with three central ministers, the two sides decided to meet again on Friday after the union leaders hold their own internal consultations on Thursday to decide on the government’s new proposal.

Briefing media after a nearly five-hour-long meeting that included two breaks, Union Agriculture Minister Narendra Singh Tomar said the government has proposed to suspend implementation of the three laws for 1-1.5 years, during which period a joint committee of representatives from the government and farmers’ sides can continue their talks and those protesting on Delhi borders in extremely cold weather return to their homes.

The three laws have already been stayed by the Supreme Court till further orders and a committee of experts has been formed to resolve the deadlock. The panel has been asked by the apex court to submit its report within two months after consulting all stakeholders.

The leaders said unions are firm on their demand for a complete repeal of the laws, but they will still discuss the government’s proposal and give their final decision in the next meeting.

During the meeting, the government also offered to amend the three laws but farmer leaders stuck to their demand and alleged that the Centre was avoiding discussion on a legal guarantee for MSP.

The committee held its first meeting on Tuesday and will begin its consultations with farmer groups and others from Thursday.

Another farmer leader Kavitha Kuruganti said the government also proposed to submit an affidavit in the Supreme Court for suspending the three farm laws for a mutually-agreed period and set up a committee.

Kulwant Singh Sandhu of Jamuri Kisan Sabha said, “The government is on backfoot and it has started yielding ground to us.”

Farmer leaders said there was no breakthrough in the first two sessions as both sides were stuck on their stated positions vis-a-vis the three farm laws and there was little hope of any outcome other than fixing the date for the 11th round.

Sources said the government proposed to keep the three farm laws suspended for a fixed time period and form a committee comprising of farmer union leaders and government representatives.

The ministers proposed that the laws would remain suspended till the committee gives its report and urged farmer unions to suspend their agitation too till that time, sources added.

The laws have already been stayed till further orders by the Supreme Court, which has formed a committee to resolve the deadlock. The committee, which had its first meeting on Tuesday and will begin its consultations with various stakeholders on Thursday, has been asked to give its report in two months.

Farmer leaders also raised the issue of NIA notices being served to some farmers, alleging it was being done just to harass those supporting the agitation, to which the government representatives said they will look into the matter.

The two sides took a break after around one hour of discussions when farmer leaders had langar food.

The meeting began at around 2.45 pm with the three ministers greeting farmer leaders on the occasion of Gurupurab. The meeting resumed at around 5.15 pm after a lunch break, but the two sides took another break at around 6 pm during which the farmer leaders discussed the government proposal for suspending the laws for a fixed period of time.

Kuruganti said the meeting began with the NIA issue, followed by unions’ demand for a repeal of the laws.

She said the discussion did not appear progressing anywhere.

“The government offered to carry out some amendments, but farmer leaders maintained they do not want anything less than a complete repeal of the laws,” Tikait said.

Union Agriculture Minister Narendra Singh Tomar, Railways, Commerce and Food Minister Piyush Goyal and Minister of State for Commerce Som Parkash, who is an MP from Punjab, are holding the talks with the representatives of around 40 farmer unions at the Vigyan Bhawan here.

The tenth round of talks was initially scheduled on January 19, but later got postponed to Wednesday.

In the last round of talks, the government had asked protesting farmers to prepare a concrete proposal about their objections and suggestions on the three farm laws for further discussion at their next meeting to end the long-running protest. But, unions stuck to their main demand of a complete repeal of the three Acts.

Thousands of farmers, mainly from Punjab, Haryana and western Uttar Pradesh, are protesting at various border points of Delhi for over a month now against the three laws. Farmer groups have alleged these laws will end the mandi and MSP procurement systems and leave the farmers at the mercy of big corporates, even as the government has rejected these apprehensions as misplaced.

On January 11, the Supreme Court had stayed the implementation of the three laws till further orders and appointed a four-member panel to resolve the impasse.

Bhartiya Kisan Union president Bhupinder Singh Mann had recused himself from the committee appointed by the apex court.

Shetkari Sanghatana (Maharashtra) president Anil Ghanwat and agriculture economists Pramod Kumar Joshi and Ashok Gulati are the other three members on the panel.

Under attack from protesting unions for their “pro-government” public stand on three contentious farm laws, the members of the committee said that they would keep aside their own ideology and views while consulting various stakeholders, even as they indicated a complete repeal won’t augur well for much-needed agriculture reforms.

Earlier in the day, a group of farm union leaders met top officials of Delhi, Haryana and Uttar Pradesh police to discuss the route and arrangements for their tractor rally on January 26 to protest against the three farm laws.

But the unions rejected a suggestion by police officers to hold their rally on the Kundli-Manesar-Palwal Expressway instead of Delhi’s Outer Ring Road, sources said.