10 days after giving birth to their daughter, Anushka Sharma and Virat Kohli were spotted for the first time as they visited a clinic. 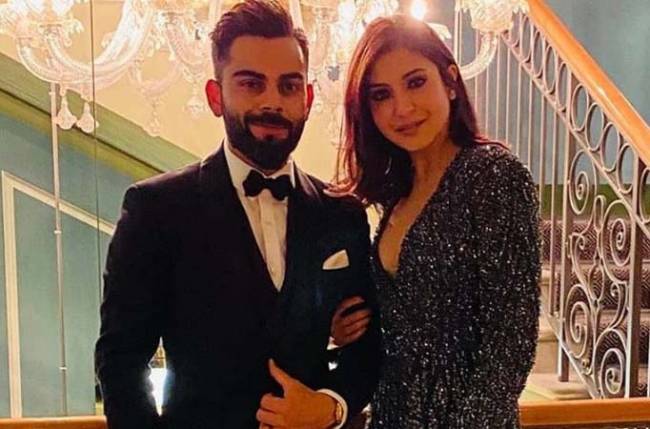 MUMBAI: Anushka Sharma and Virat Kohli are one of the most popular and adorable couples. The duo sets major couple goals.

ALSO READ: Congratulations! Its a Girl for Anushka Sharma and Virat Kohli

Anushka Sharma and Virat Kohli chose to dress up in casuals as they arrived at the clinic on Thursday. While Virat donned a black cardigan with jeans, new mommy Anushka opted for an all-denim look. Virat Kohli had announced the arrival of his daughter on January 11, he had said, “We are thrilled to share with you that we have been blessed with a baby girl this afternoon. We thank you all for your love, prayers and good wishes. Anushka and the baby are both healthy and we are feeling beyond blessed to start this new chapter of our lives. We hope that you can respect our privacy at this time. Love, Virat.”

Anushka Sharma and Virat Kohli have put restrictions to the extent that even close relative aren’t allowed to visit the couple and the newborn at the hospital. Even visitors in the nearby rooms aren’t allowed to take a look at the baby. Reportedly, the couple isn’t accepting any gifts as well from loved ones or fans, friends, and well-wishers. They have also sent a note to the paparazzi fraternity in Mumbai to not click pictures of their baby girl. Anushka and Virat have requested photographers not to take or carry any content pertaining to their daughter.