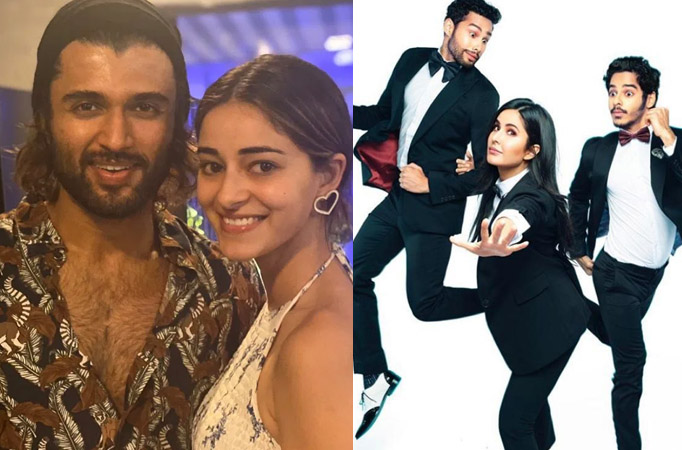 MUMBAI: With every new year we see new announcements, new opportunities, new films, and new pairings. Actors, who might have been a part of the film industry for the longest time, can sometimes unite for their first-ever project after years. Sometimes, fans are unable to put two and two together when it comes to on-screen pairings, but the oven-fresh pairings of actors might leave them wanting more.

From Ananya Panday and Vijay Deverakonda uniting for Liger to Deepika Padukone and Hrithik Roshan’s steamy hot pair in Fighter; there are many pairings that you might not have anticipated, but for sure will leave you mighty impressed.

Here, check out a few screen pairings that we are really excited for:

Who would have thought that 3-film old Ananya will star opposite Arjun Reddy star Vijay so soon? But the duo is all set to enthrall you in Liger.

Both Shraddha and Ranbir have proven their mettle as actors in the past, but despite being in the industry for a long time now, the duo never got a chance to work together. This year, however, things will change as they have united for Luv Ranjan’s next.

Just how good will Deepika and Hrithik look on the screen! If one’s known as the flawless beauty of Bollywood, the other is referred to as Indian cinema’s Greek God. And together, they make for a powerful team in the yet-to-release Fighter directed by Sidharth Anand.

Gully Boy’s MC Sher Siddhant Chaturvedi will star opposite Katrina Kaif in Phone Booth. The first look, which also had Ishaan Khatter, looked like a delight for fans!

The White Tiger, releasing today, will have Priyanka Chopra and Rajkummar Rao in the lead roles. The film revolves around a poor Indian driver who has to rise above the societal stereotypes, played by Rajkummar.

Not just these, many other first-time screen pairings are set to rock the screen. From Deepika Padukone-Prabhas to Alia Bhatt-Ranbir Kapoor; revelations are in store for cinelovers and how.

ALSO READ – (Varun-Natasha wedding to have restricted guest list at owing to pandemic?)

I’m Not Sure How Long Can Punjab Kings Can Play Chris Gayle If He Is Not Getting The Runs: Ajit Agarkar

April 21, 2021, No Comments on I’m Not Sure How Long Can Punjab Kings Can Play Chris Gayle If He Is Not Getting The Runs: Ajit Agarkar

Minissha Lamba opens up on her struggles in Bollywood, reveals, ‘No one wanted to manage my work’

April 21, 2021, No Comments on Minissha Lamba opens up on her struggles in Bollywood, reveals, ‘No one wanted to manage my work’