Shaheer has come a long way in his career and today he is a superstar on television. 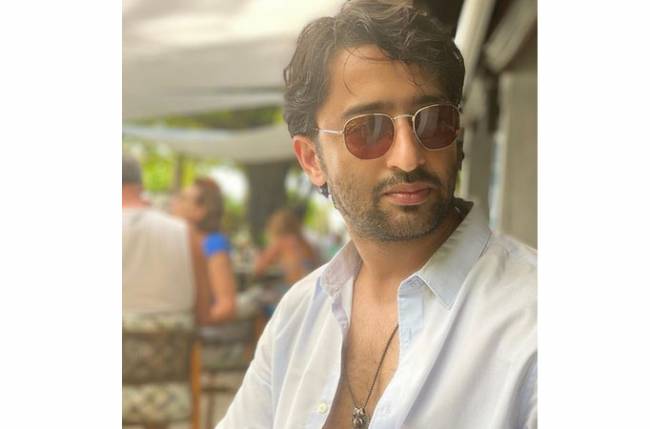 MUMBAI: Shaheer Sheikh is one of the most popular and loved actors of television. The actor rose to fame with his performance as Dev Dixit in Kuch Rang Pyar Ke Aise Bhi.

After that, the actor played the character of Salim in the serial Dastaan-E-Mohabbat Salim Anarkali and then ruled the television screens with his performance as Abir in Yeh Rishtey Hain Pyaar Ke.

There is no doubt that Shaheer is a very talented actor, and given his chiselled looks and deft of acting.

The actor has come a long way from his debut serial to the star that he is today.

The actors as a massive fan following and his fans showed a lot of love and support on him.

He also has a lot of fan clubs dedicated to himself and now one of the fans, clubs shared a photo from him debut serial Kya Mast Hai Life with actress Sana Amin Sheikh where they essayed the characters Vir and Ritu respectively.

In the photo, one can see the entire star cast of the serial and that time Shaheer looked like a young college boy and back then also he had the same looks as he has now.

Fans have commented saying that they cannot believe that’s him as today he has good the mature and rigid hot looks, from a chocolate boy look he has transformed into a macho man.

Kya Mast Hai Life was a very successful teenage sitcom telecast on Disney Channel India from 2009 to 2010, and this marked Shaheer’s entry as an actor in the entertainment world.

He has come up with a lot of hard work and dedication and is a superstar on television today.

Shaheer is a fabulous actor and has played characters that have become iconic on television.

Since his show Yeh Rishtey Hain Pyaar Ke has gone off air, fans miss watching him on the screen. He was last seen in the ALTBalaji’s Paurashpur.