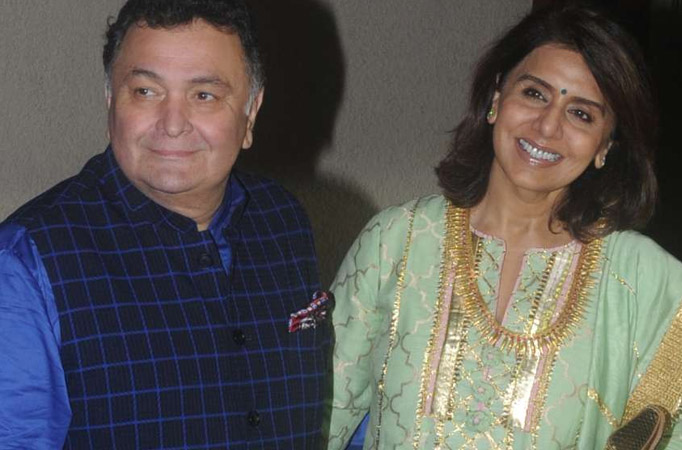 MUMBAI: Rishi Kapoor and Neetu Kapoor need no introduction. The late actor and Neetu are adored by fans not just for their chemistry on screen but also makes it for one of the most loved couples of B-Town. Leaving everyone heartbroken, Rishi Kapoor left for his heavenly abode on April 30 at the age of 67 after battling leukemia for the past two years. His wife of 40 years was by his side during his last time and has always stood beside him like a rock. The two had shared the most beautiful relationship, friendship that turned into an ever-lasting romance.

On the occasion of the couple’s 41 marriage anniversary, the Bobby star is being fondly remembered by his wife and kids Riddhima Kapoor Sahani and Ranbir Kapoor. Here’s a timeline of Rishi Kapoor and Neetu Singh’s epic love saga that will leave you fascinated.

Friendship: From their first meeting to marriage, Rishi in his book ‘Khullam Khulla: Rishi Kapoor Uncensored’ bared his heart out. In his book, he revealed that he met Neetu when she visited the sets of Bobby. At that time, the actor was in relationship with someone else and his wife became his relationship adviser. They were cast opposite each other for the first time in Puttanna Kanagal’s Zehreela Insaan. Rishi Kapoor developed a strong friendship instantly as he used to share his secrets with Neetu and in no time, they became close friends.

Love: It is said that during the shoot of his film Barood, Rishi went to Paris and it was then that he realised the importance of Neetu in his life as he missed his close friend. He felt lonely and abandoned during the shoot. Within a matter of two to three days, Rishi realised his love for Neetu and sent her a telegram pouring out his heart. The couple began dating in 1975. The two dated each other for five years before finally tying the knot.

Engagement: While they were dating, Rishi had made it clear to Neetu that he wasn’t looking for marriage. During the days of their courting, the actor had told Neetu, “I’ll only date you, I’ll never get married to you.” His sister Ritu was the one who pushed the relationship forward and got the couple engaged in a hush-hush ceremony. He revealed that he was asked to attend an engagement in Delhi and was taken by surprise when he learned about the plan to bring Neetu and her mother there. He wrote in his book, “I was caught off-guard when my parents and close friends got Neetu and me to sit in a mandap meant for somebody else’s engagement and made us exchange rings.”

Wedding: Rishi Kapoor could not ignore the question of his marriage for too long, and ultimately, he tied the knot with Neetu on January 22, 1980.

Becoming Grandparents: Rishi and Neetu welcomed their daughter Riddhima Kapoor in 1980 and son Ranbir Kapoor in 1982. The late actor is also survived by his granddaughter Samara Sahni. Neetu often shares adorable pictures of Samara on her social media handles.

What’s your take on the same? Hit the comment section.

ALSO READ: Neetu Kapoor shares a post on husband Rishi Kapoor’s death, and here is what she says