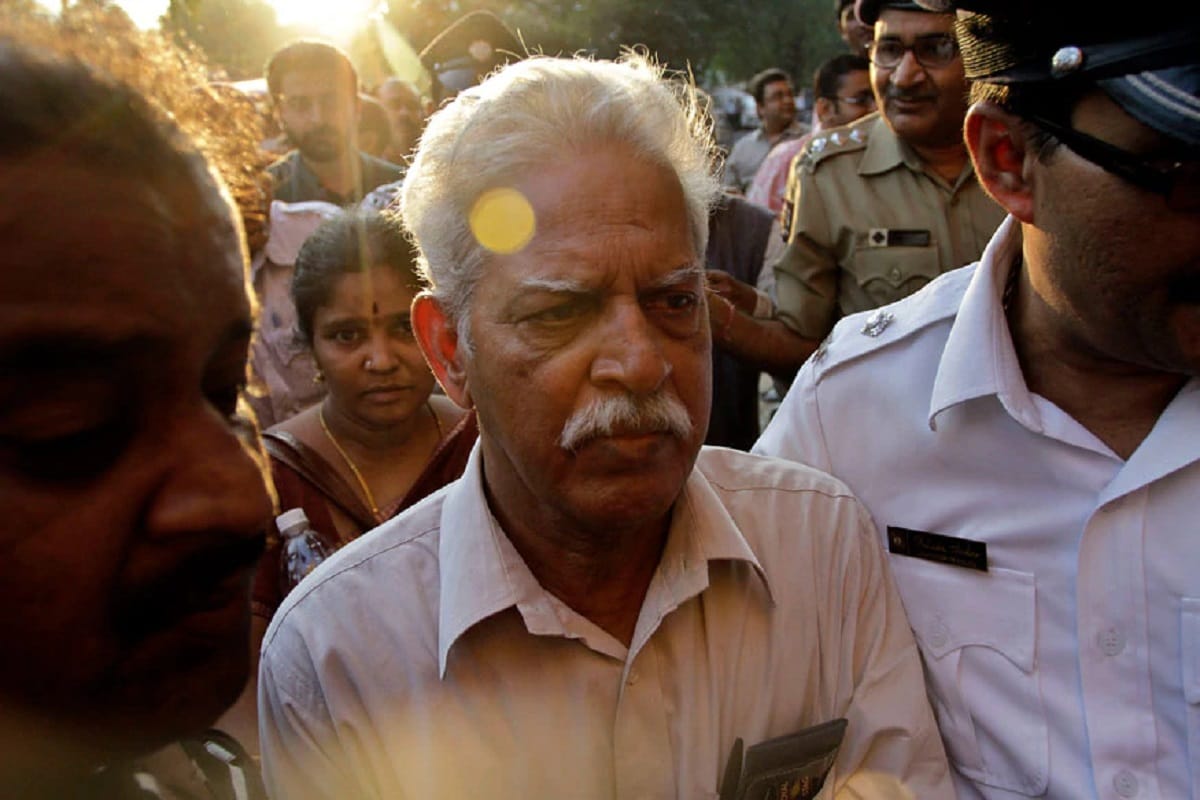 The conditions of poet Varavara Rao’s detention are “cruel, inhuman, and degrading”, senior lawyer Indira Jaising told the Bombay High Court on Wednesday, and urged it to exercise its jurisdiction under Article 226 of the Constitution to release him from prison. Rao, an octogenarian poet-activist, is an accused in the Elgar Parishad-Maoist links case and is lodged in Taloja prison in Navi Mumbai as an undertrial. However, he is currently admitted to the Nanavati Hospital in Mumbai.

Jaising is the counsel for Rao’s wife Hemlatha in a writ petition filed last year by the latter, alleging the breach of Rao’s fundamental right to life due to his continued incarceration without adequate medical facilities. Jaising told a bench of Justices SS Shinde and Manish Pitale on Wednesday that Rao’s right to dignity and health were being breached due to his detention and that the court must exercise its jurisdiction under Article 226 of the Constitution to release him from prison.

“I am submitting that there is violation of right to life and dignity…The conditions of his (Rao’s) detention are cruel, inhuman and degrading,” Jaising said. “The right to health and dignity is a faucet, a fundamental right under Article 226 of the Constitution of India,” she said.

“Considering his (Rao’s) age and health, you can argue specifically,” it said. During the same hearing earlier in the day, the bench also heard arguments by Rao’s counsel, senior advocate Anand Grover, on his bail plea on medical grounds.

Grover reiterated that the Taloja prison hospital was inept to provide requisite medical care to the ailing poet. He suggested that Rao could be granted bail for a trial period of three months and in the meantime he could report to any authority as the court directed.

Grover concluded his arguments on Rao’s medical bail plea on Wednesday, after which Jaising began her arguments. On Tuesday, the counsel for NIA, Additional Solicitor General Anil Singh and the state’s counsel Deepak Thakare had informed the court that Rao’s condition had improved and that as per the Nanavati Hospital authorities, he was fit to be discharged.

The high court will continue hearing the arguments on the writ petition filed by Rao’s wife in Thursday. Rao has been in an out of the JJ hospital in the city and the Taloja prison hospital since his arrest in June 2018.

On July 16 this year, he tested positive for coronavirus, after which he was shifted to the Nanavati hospital in the city. He was discharged from Nanavati following a final assessment report on July 30 and sent back to the Taloja prison.

In November last year, he was admitted to Nanavati Hospital again following the intervention of a bench of Justice Shinde and Justice MS Karnik. Rao and some other Left-leaning activists were earlier arrested for alleged links with Maoists following the Elgar Parishad conclave in Maharashtra’s Pune district on December 31, 2017.

Land preparations in full swing ahead of Tulip festival in Srinagar

March 7, 2021, No Comments on Land preparations in full swing ahead of Tulip festival in Srinagar

March 7, 2021, No Comments on Man dies when gunfire erupts near ‘George Floyd Square’ in Minneapolis as Chauvin trial looms