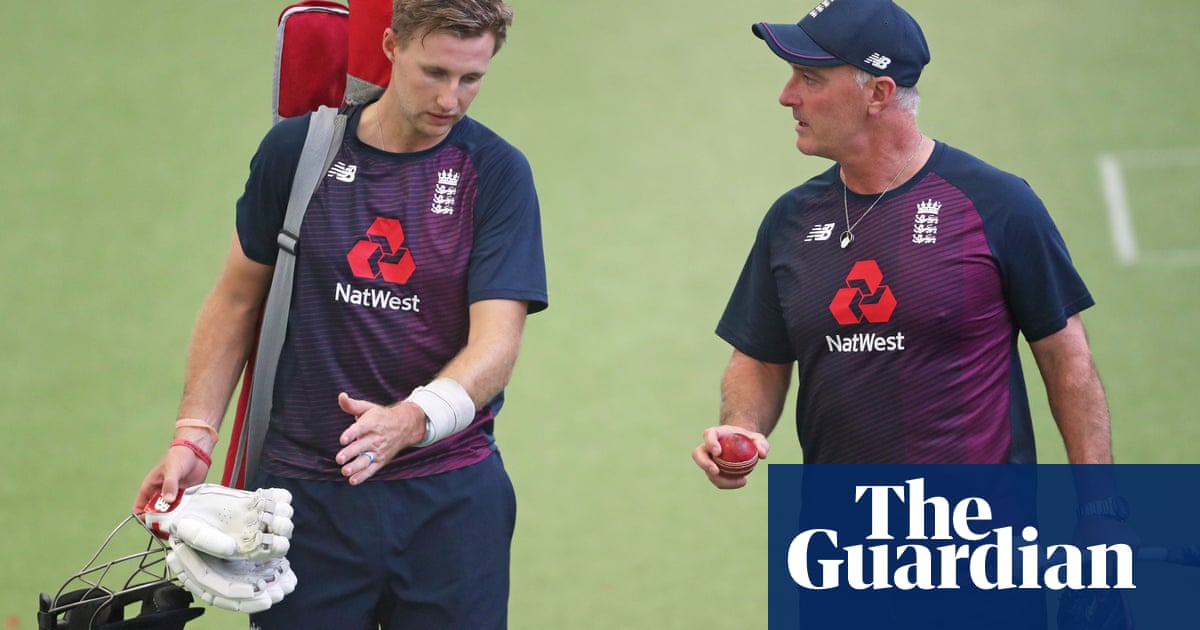 A century of Test caps beckons for Joe Root next week and according to Graham Thorpe, among those to identify the England captain’s talent early, this milestone represents reward for both a good sense of humour and a serious hunger for runs.

Thorpe was batting coach for the England Lions in 2012 and a key voice in pushing for the 21-year-old Root to be included in the Test squad for India that winter. It followed a summer of three centuries and nearly 1,000 first-class runs for Yorkshire, plus some impressive work against spin during A tours to Bangladesh and Sri Lanka.

Nine years from the endorsement that led to Root’s initial Test call-up – and the subsequent debut in Nagpur as Alastair Cook’s side sealed a historic 2-1 series victory – Thorpe is full of praise for a cricketer who heads into Friday’s much-anticipated first Test at Chennai with 99 caps in the bag.

“To play 100 Test matches is no mean feat. Joe and his family will be very proud,” said Thorpe, himself one of 14 England cricketers in this elite club andthe national team’s assistant coach and batting lead on tour.

“It is a real achievement because of the longevity of it. You need a good sense of humour to play that amount of cricket, because you will experience highs but there will be some moments in there where you have your lows.

“You have to show a bit of character and resilience, keep adapting and sometimes you will have to tinker with your technique, and you have to manage all of that.”

Root could scarcely wish to be in better form before the four-match series, even if a six-day quarantine leaves England with only three days of nets beforehand, after amassing 426 runs during the 2-0 win in Sri Lanka and chalking up centuries in successive Tests for the first time in his career.

According to Thorpe, who played exactly 100 Tests himself as a compact and stylish left-hander who scored more than 7,000 runs, that return was a case of the 30-year-old looking to set an example to his players at the start of a potentially career-defining 12 months, as well as being a product of his ability to adapt.

Thorpe said: “His work ethic is fantastic and he’s also kept his love for the game which is so important. Joe has always remained humble, he is a great student of the game and loves learning.

“What I saw early on, and I was fortunate enough to see some of his early games, was character. And he certainly tried to work things out for himself. He loves watching other people play and he is someone who has a great hunger to score runs.”

England cannot rely on the blade of one batsman, however, and must deliver as a collective if they are to prevail against Virat Kohli’s side. And though there has been an emphasis on overcoming turning tracks during this subcontinental winter, in the past two years India’s seamers have 59 wickets at home, compared to 37 with spin.

Thorpe added: “There’s a hell of a lot of hard cricket ahead of us and we’re not under any illusions about that. The one thing about the Indian bowling attack as well is that it’s not just about spin. Their seam attack also is strong. We [must not] get sidetracked completely by the spin side of things.”

How supporters back in the UK will be able to watch the series remains up in the air, with rights holders Star Sports still in negotiations with potential broadcasters over a tour of four Tests, five Twenty20s and three ODIs that they value in the region of £20million.

Sky, BT and Channel 4 are all understood to be in the mix here – the latter pair possibly sharing coverage in some capacity, in what would be the first free-to-air Test cricket in the UK since 2005 – but a final deal may not be struck until the 11th hour.

April 22, 2021, No Comments on From Ananya Panday to Gauri Khan, Bollywood celebs spotted in Mumbai

Watch: Washington Sundar Gets Hit For A Six By Sanju Samson, Dismisses Him On The Very Next Ball

April 22, 2021, No Comments on Watch: Washington Sundar Gets Hit For A Six By Sanju Samson, Dismisses Him On The Very Next Ball