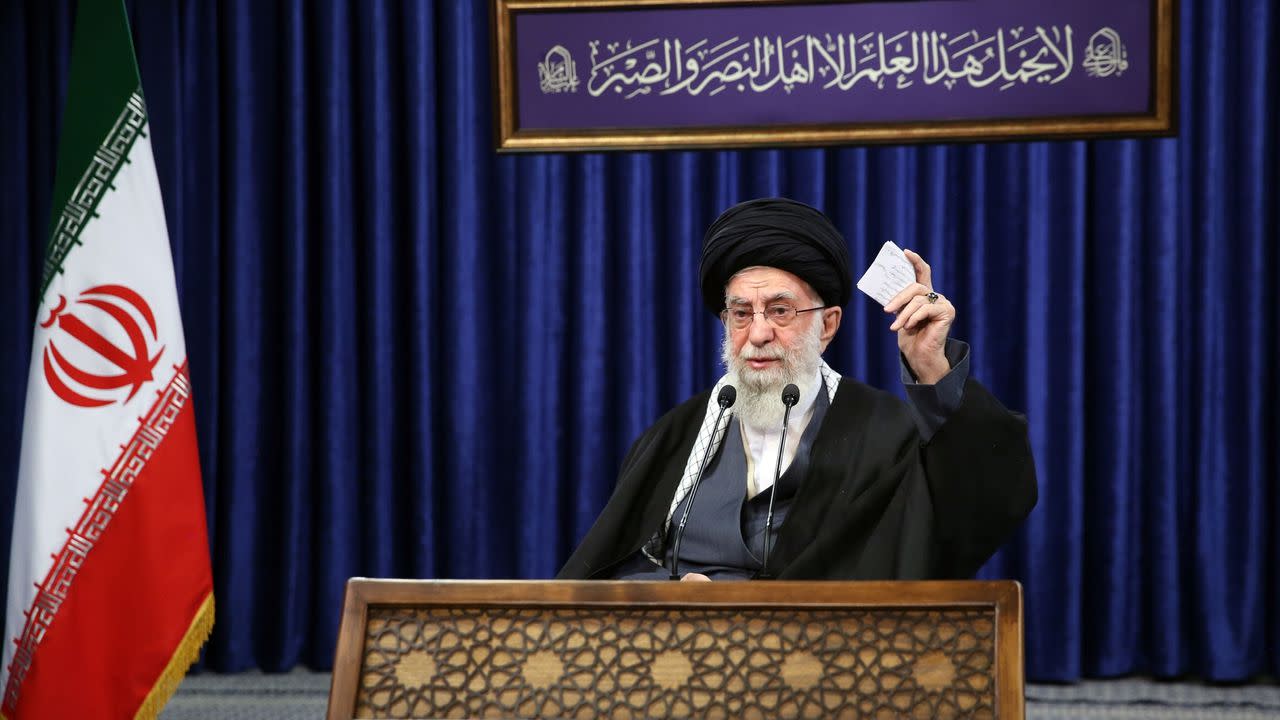 Iran has been accumulating bargaining chips and laying out its strategy for engagement with Joe Biden, who arrives in office promising to return the U.S. to the 2015 nuclear deal if Iran returns to compliance.

Why it matters: Recent statements from Iran’s leaders indicate that they’re willing to strike such a deal. But the sides differ over who will have to make the first move, and when.

The big picture: Returning to the deal would require Iran to roll back its recent nuclear acceleration and the U.S. to lift sanctions. Biden views that as the baseline from which to negotiate a broader and longer-lasting agreement.

What’s happening: Anticipating negotiations, the Iranians have taken or threatened several steps designed to build leverage, most notably by producing 20% enriched uranium in a clear breach of the deal’s terms.

Driving the news: In a speech on Jan. 8, Supreme Leader Ayatollah Ali Khamenei laid out his position, saying Iran doesn’t trust the U.S. and is in no rush.

In the ensuing days, a series of very senior Iranian officials — all members of a committee that oversees the nuclear deal — echoed that message in “interviews” published on Khamenei’s official website, in what seemed to be an orchestrated show of unity.

What they’re saying: The officials repeatedly referred to a “road map” of steps both sides should take. It begins with the U.S. lifting sanctions.

The highest priorities for Iran are the lifting of sanctions on oil exports and the Iranian banking system, as well as the unfreezing of Iranian assets abroad.

After both sides return to compliance, Iran said it is ready for further negotiations on a nuclear deal 2.0.

What’s next: Raz Zimmt, an Iran expert at the Israeli Institute for National Security Studies, says the Iranians won’t renegotiate the 2015 deal or return to compliance without sanctions relief.