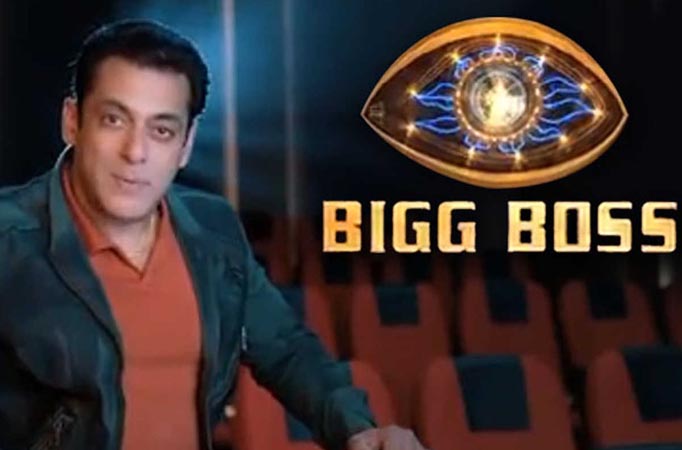 MUMBAI: What is something that you would ideally hear from a contestant who has come out of Bigg Boss? “I was locked up in the house for 15 weeks.”, because that’s what the format of the show is. You entertain the audience; you stay or else they kick you out.

However, this season seems to have refuted this format as it brought back the most number of evicted contestants. Not only that, when the show was losing its TRP, the makers, in a desperate attempt to revive it brought back Ex-Bigg Boss contestants and passed them off as challengers.

We wonder if Bigg Boss 14 is even authentic now or is it just another daily soap and with so many re-entries on BB 14, we ask – are the contestants even taking the show seriously, or is this the theme of the show?

Let’s take a note of who all re-entered the house:

Vikas Gupta was brought back on the show not once, not twice but thrice! It triggered comments from Ex-Bigg Boss contestant Kamya Punjabi who questioned the authenticity of the show. Pushing Arshi Khan into the pool and getting sick couldn’t make him say goodbye to the competition.

Kavita Kaushik was also evicted soon due to fewer votes. However, she made re-entry and just after a few weeks, she decided that the show was not for her. After much drama and fights with Rubina Dilaik regarding her husband Abhinav Shukla, she walked out. Incidentally, you have to pay a sum of Rs. 2 Crores for leaving the show mid-way but that particular day, the doors were kept open by the Bigg Boss, as if it were all staged.

Aly Goni had made quite a dramatic entry into Bigg Boss 14 and what followed was squeals of laughter and tears from his girlfriend Jasmin Bhasin. However, the couple lost an immunity task and mutually decided to let Aly exit the house. The laughter soon turned into tears as Jasmin cried for Aly. A few days later, we see Aly back in Jasmin’s arms. Remind us again why was he made to exit in the first place? Meanwhile, Jasmin was evicted recently. Well, given the new trend of this season, it won’t be a surprise if she also makes a comeback.

There was a strange comeback. Rahul Vaidya had voluntarily exited the house after he started missing his family. Just like that, he had a change of heart a week later and decided to join the show again. He was seen negotiating with host Salman Khan about how he deserved to be in the house. If he was so deserving, he would not have left BB 14 in the first place. What happened to him during this one week is still a mystery.

Apart from the new contestants, we also had challengers like Rakhi Sawant, Rahul Mahajan, Arshi Khan, Kashmera Shah and Manu Punjabi, who entered the house to spike up the entertainment quotient when the TRPs were falling. These challenges are Ex-Bigg Boss contestants.

What makes Bigg Boss interesting is the fact that its contestants are locked away from outside influences. What the audience sees is based on the contestants’ strategies and relationships they make inside the house. Since they don’t have access to the outside world for a number of weeks, what we see is their real side and not pretences to please their fans.

With this new exit-comeback trend of BB 14, the authenticity, if any, gets compromised. Once a contestant leaves the house prepared to come back again, they find out about the opinions of the audience and get time to strategise. Their game plan changes according to what the viewers want and they are no longer real, thus changing the whole meaning of Bigg Boss.

When they exit, they get to know who are genuine friends and who aren’t and start understanding their game. This leads to a lot of manipulation.

As for the challengers, they have already been on the show before, they know how to play it and they know how to win it. This comeback is not fair to new contestants who are genuinely struggling to survive in the house.

With this special preference given to some selected candidates, we ask if it’s fair to other contestants who have played the game according to the right rules? Contestants like Rubina Dilaik, Abhinav Shukla, Sonali Phogat or even the evicted ones like Jasmin Bhasin and Kashmera Shah have never gotten the opportunity to see the way they are playing the game and then improve it accordingly. These contestants have played reasonably well without cheating. Unlike others, their PR teams didn’t help them understand what’s happening in the house.

Kashmera had even mentioned in an interview that she wanted to expose the real side of Jasmin to the audience. However, Aly didn’t allow her to do that as he was aware of her planning and plotting when he had left the house.

Running the show on the convenience of contestants makes us lose interest as it all seems made up and unreal.

All being said, BB 14 seems to be a kind of resort where celebs come to stay for a short while and then leave. If they like, they visit the resort again, eat, play, fight, and sleep. Audience votes. What’s that?