Kareena Kapoor Khan and Saif Ali Khan will welcome their second child in February. Recently, Mom-to-be Bebo was recently papped in the city with her son Taimur Ali Khan.
The ‘Heroine’ actress was clicked outside her sister Karisma Kapoor‘s house. Before entering the building, Bebo posed for the shutterbugs. She opted for an all-black look. The star sported a tracksuit with her pink flip flops. She finished the look with black glasses and a white mask. While Tim Tim looked cute as a button on a black tee and khaki pants. He donned a printed mask and white shoes. The mommy-son duo waved at the paparazzi.
Check out the photos here: 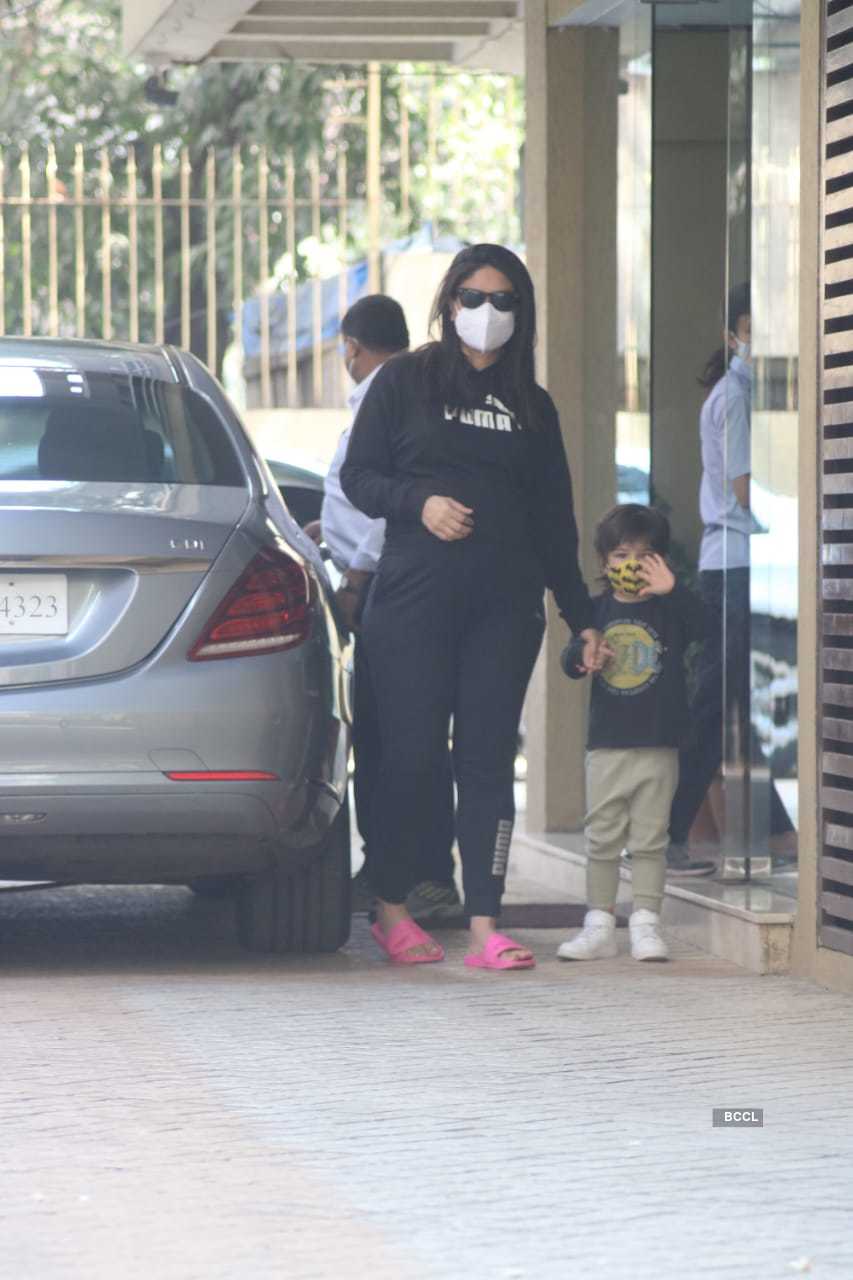 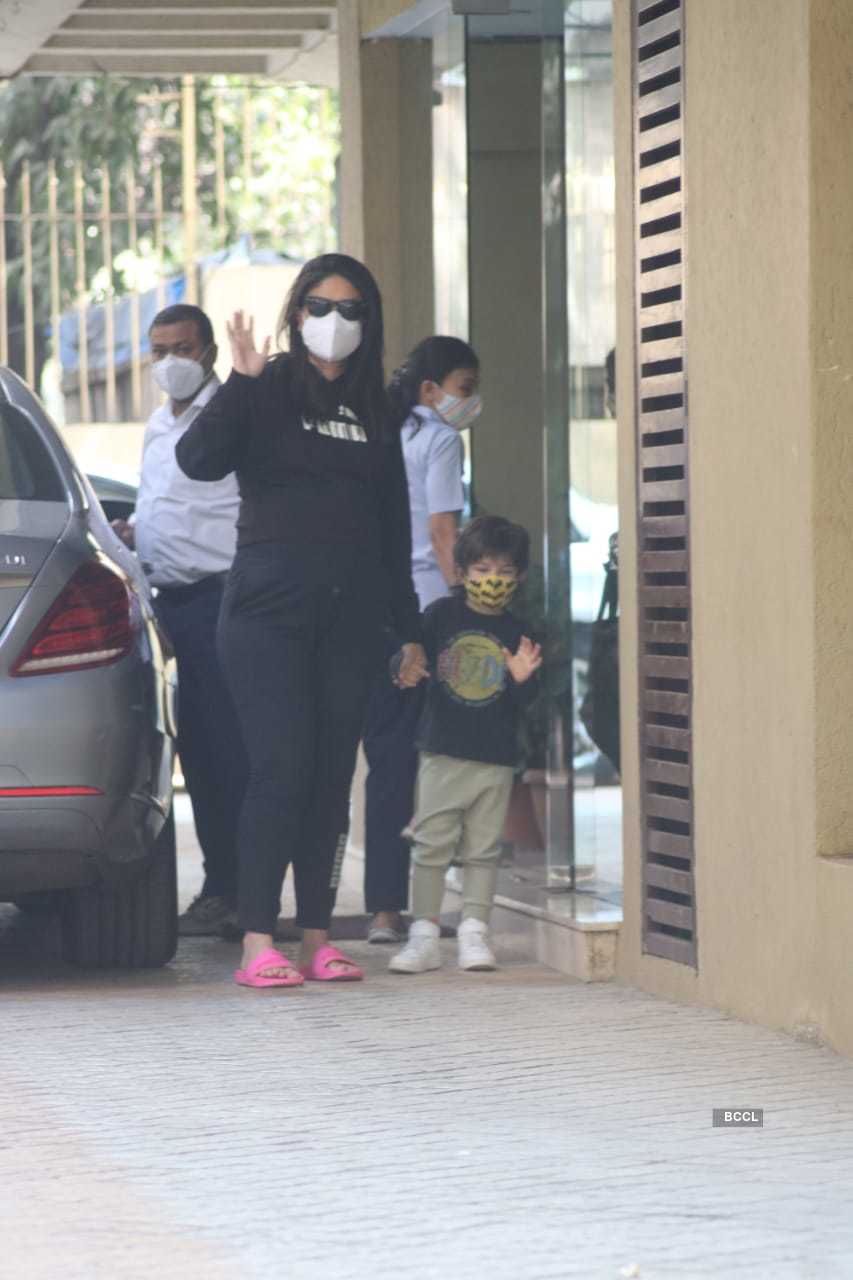 Recently in a chat with Filmfare, Saif revealed that their baby is due sometime in early February. He further added that they have been so calm in the last few months that it seems like the news has not yet sunk in.
Meanwhile, on the work front, Bebo will be seen alongside Aamir Khan in ‘Laal Singh Chaddha’. While Saif recently wrapped the shoot of his upcoming horror-comedy ‘Bhoot Police’. The film also stars Jacqueline Fernandez, Arjun Kapoor and Yami Gautam.