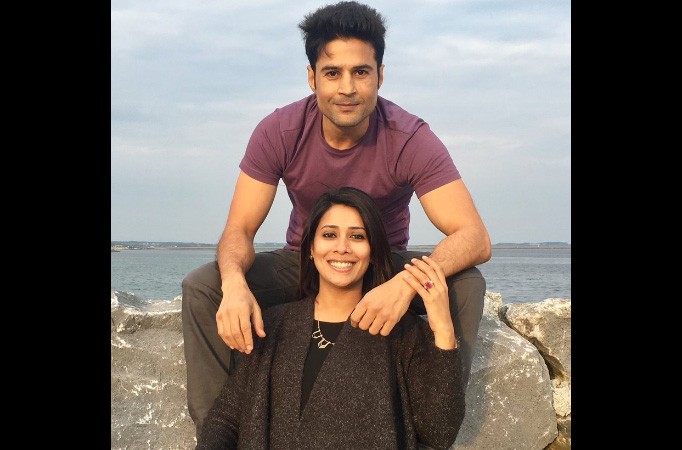 The handsome and talented actor has also acted in web series.

In a conversation with ETimes TV, the actor along with shedding light on his career, he also spilled the beans on his romantic love story with Manjiri Kamtikar. The two tied the knot as well. During the interview, he was all praises for his ladylove and his in-laws.

Presently in Goa, the actor spoke about his journey with Manjiri being beautiful. He said, “As we speak, she and I are in Goa. My marriage has been beautiful. Manjiri is a wonderful person and I have a great set of in-laws. She is a happy soul.”

Rajeev mentioned Manjiri being someone whom he wanted in life, “She is someone whom I wanted in life as she also doesn’t care about too many things just like me. She doesn’t like coming in front of the wedding and would speed off in an auto without any reservations. We love spending time together,” added the actor.

The actor also finally revealed about how his love story blossomed. He said, “I knew Manjiri’s elder sister Mamta and I used to tease her that she should make me meet her younger sister. I never meant it, though. It was just that once Manjiri was in Mumbai and Mamta asked me to come over. I told her that I had just joked with her but she said that she wasn’t joking. I was close by and soon reached their place. It is here that I saw Manjiri for the first time. And you know what! She was doing Mithunda, Dharamji and Bachchan saab’s dances!”

After which the duo kept on meeting and news of the actor dating started making rounds on the internet, he said, “We met and kept meeting after that. And suddenly, one day a journalist from Mumbai Mirror called me saying that he has all the details about my girlfriend. I tried to get the story stopped but it was not held back.. Mamta and Manjiri were crying that their parents didn’t know about Manjiri and me. I asked them their dad’s number but they said that they would tell him first.” Adding further he said, he revealed of managing to get her father’s number and preparing him to face the news about his daughter dating Rajeev. He adds, “However, I stole Manjari’s dad’s number from their phone and texted him early in the morning before the newspaper reached him, ‘Sir, this is Rajeev Khandelwal. You will read such-and-such news in Mumbai Mirror tomorrow. I want to stand up for myself. This is my number. Please feel free to reach out to me. I would be more than happy to come and meet you’. Manjiri’s dad appreciates that message and says that it told him what kind of a person I am.”

Till date the actor credits the journalist for his happily ever after with Manjiri, he said, “Till today, I keep telling that journalist that ‘meri shaadi tune karvayi hai’.”

ALSO READ: Rajeev Khandelwal opens up on being a part of next season of Left Right Left