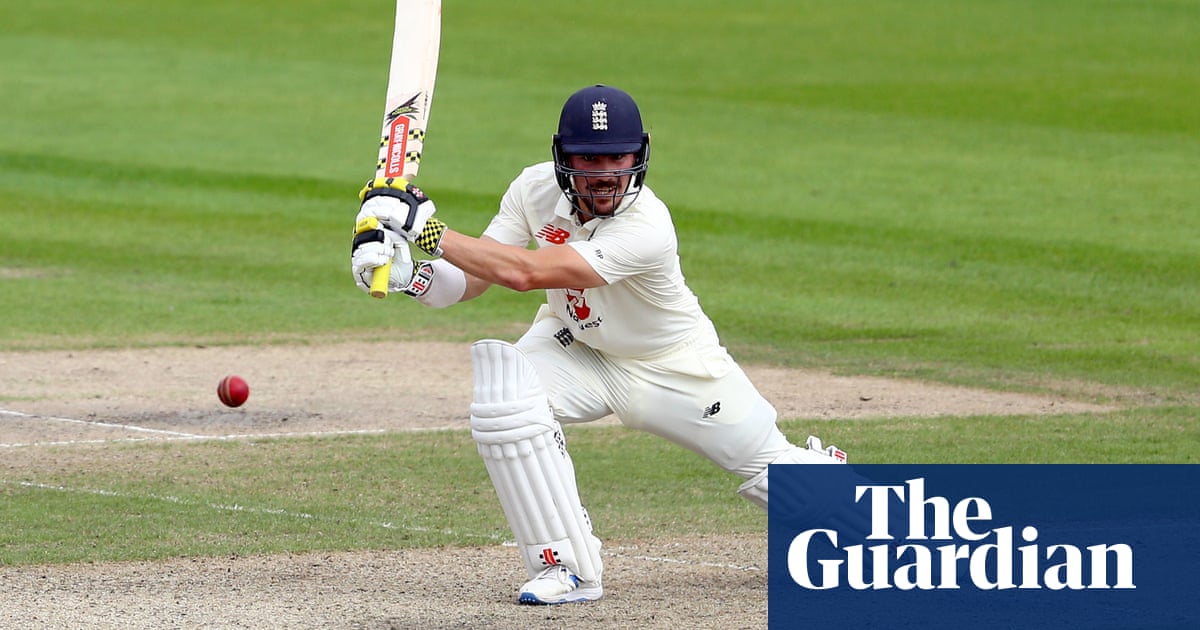 After missing the Sri Lanka series to be present for the birth of his first child, Rory Burns is quarantining in India, where England’s first Test starts next Friday, and preparing to return to the biosecure bubble in which he struggled off and, at times, on the field. The opener is now armed with a few new tools to ensure he does not become overwhelmed by total immersion in cricket.

After last summer, when his most impressive series on home soil – averaging 43.82 runs against West Indies – segued into his worst – averaging five against Pakistan – Burns admitted the bubble was “not something I personally enjoyed that much” and that he “found that you couldn’t get away from cricket”, something not helped by the players living at the ground, as they were at Manchester and Southampton.

He starts 2021, helped in part by the arrival of his daughter, Cora, with a different focus. “We’re not overlooking a cricket ground and that’s a massive positive,” he says from his hotel room, where his practice has been limited to shadow-batting in front of a mirror.

“I’ll just be proactively doing things outside the game. It helps to keep me fresh and get the mind away from cricket, so I don’t just sit there and stew about the game completely. I’ve started a short course in psychology and that’s probably going to take up a bit of my time, to just write things down and get my headspace right away from the game. And I’ve had a break, sort of refreshment, and the new perspective that fatherhood brings.”

The psychology course is potentially a first step towards a future career for the 30-year-old. “It’s always been an interest of mine,” he says. “I’m just seeing whether I’ve got a real interest in it that’s worth pursuing further, dipping my toe in to see if it’s worth taking a degree and then going down that route.”

First he must refocus on cricket, having not had any first-class action since September. England are on a run of five successive away Test victories, all of which have been without Burns, who missed the end of the tour in South Africa last winter after damaging ligaments in a training-ground football kickabout and the start of this winter’s travels on paternity leave.

“I’m jumping to get back into work and back into business. I can’t wait to get going. I’ve got a bat out and I’m shadow-batting in the mirror behind me. I’ve not gone the full Steve Smith and whited up yet, but it’s coming down all right so hopefully that translates.”

In Burns’s absence, Zak Crawley and Dom Sibley opened the batting in Sri Lanka, the former, after an outstanding 2020, averaging 8.75 in the two Tests and reaching double figures once, while Sibley admitted he “had a bit of a stinker in the series” before scoring a crucial if slightly fortunate unbeaten 56 to end it on a high.

“It’s a strange feeling,” says Burns of his decision to step away from the side, “but if you’re going to miss it for anything the birth of your first child is probably one thing that you would do it for. It’s double-edged but I wouldn’t have changed my decision at any stage.

“I got to see something pretty impressive from my wife, so I was happy about that. It’s a pretty momentous occasion, isn’t it? I just feel very privileged that I’ve been able to have a child. She makes me emotional just to look at her. The fact I’ve got a little girl to play my cricket for now, as well as everything else, is a nice little perspective change.”