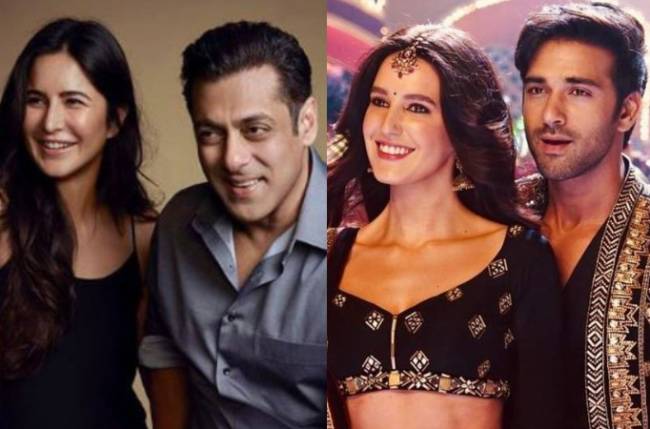 MUMBAI: Actor Salman Khan has reacted to the first stills from the upcoming film, Suswagatam Khushaamadeed starring Katrina Kaif’s younger sister Isabelle Kaif and Pulkit Samrat. Sharing the stills, an elated Salman wrote: “Arre wah pullku n Isa .. u gus r looking amazing together in #SuswagatamKhushaamadeed .. congrats n all the best . God bless @isakaif @pulkitsamrat.” A happy Isabelle thanked him while Pulkit wrote: “Thank you so much Bhai!! I hope you like the movie!!”

On Thursday, the first look of the film was revealed by the makers. Ahead of it, Pulkit had teased about a mystery girl who was to star with him and had written: “Goofy, fun & gorgeous! Can you guess who my co-star is in #SuswagatamKhushaamadeed Wait for it ! Big reveal tomorrow.” On Thursday, sharing two pictures while revealing Isabelle’s face, he added: “Namaste – Aadaab Ab hogi jaldi aapse mulaqaat! Presenting the first look of #SuswagatamKhushaamadeed.”

The film will star Pulkit as a Delhi boy named Aman and Isabelle as a girl from Agra, named Noor.

Speaking about his experience of working with Isabelle, Pulkit had said: “I must say that our chemistry is quite dhamakedaar. People on the set say that we look like a patakha together. Isabelle has brought fresh energy on the set. She’s extremely hard-working and has impressed everyone on the set. She is stunning and brings a streak of innocence to her character. She has left me mesmerised.”

To be directed by Dhiraj Kumar, the film has been written by Manish Kishore. Isabelle was to be launched by Salman Khan and was to make her debut with Kwatha, opposite Aayush Sharma. In December last year she made her music video debut in a song called Mashallah.

How to watch tonight’s show

The stories of Black, enslaved people in the Great Smokies are lost in history. The national park wants to tell them.

March 1, 2021, No Comments on The stories of Black, enslaved people in the Great Smokies are lost in history. The national park wants to tell them.