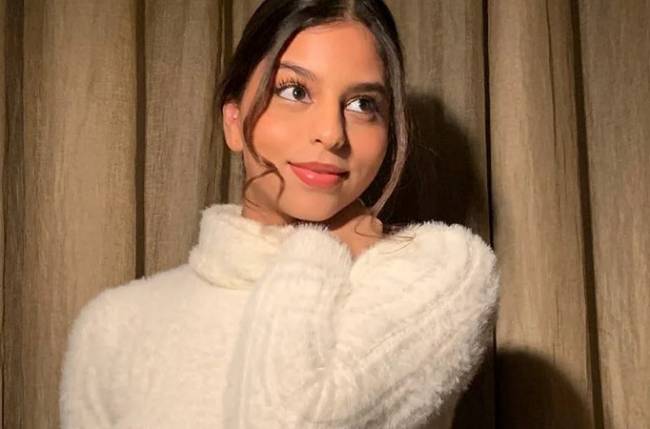 MUMBAI: Instagram star and actor Shah Rukh Khan’s daughter, Suhana, has shared a new picture on social media, showing off her bling. Suhana took to Instagram Stories on Thursday to post a picture of her neck, adorned with several pieces of jewellery.

She didn’t caption the picture but gave fans a good look at her necklace collection. While one was a pearl piece, another had a large pendant.

Earlier this week, Suhana shared a couple of pictures of herself batting her eyes. She captioned the first picture, “Eyes wide,” and added, “Shut. Get it?” to the second post.

Suhana’s last proper post came on December 31. She had shared three pictures of herself, wearing a fluffy white top. Her best friend, Shanaya Kapoor, had commented, “Are you for real?” Her cousin, Alia Chhiba had said that she was ‘obsessed’ with the pictures.

Suhana, a student at New York University, is expected to join the film industry after completing her education. Shah Rukh told Hindustan Times in an earlier interview, “Suhana should learn acting for another three to four years if she wants to be an actor. I know many of my industry friends feel my kids should start acting tomorrow. But it’s my belief that they shouldn’t start acting yet.”

ALSO READ – (Varun-Natasha wedding to have restricted guest list at owing to pandemic?)

April 21, 2021, No Comments on 54% of Indian students comfortable with online learning: Survey

IPL 2021: If Allowed, Delhi Capitals Owner Wants To Have A Statue Of This Player Outside Delhi Stadium

April 21, 2021, No Comments on IPL 2021: If Allowed, Delhi Capitals Owner Wants To Have A Statue Of This Player Outside Delhi Stadium

KKR vs CSK, IPL 2021: Kolkata Knight Riders Players To Watch Out For