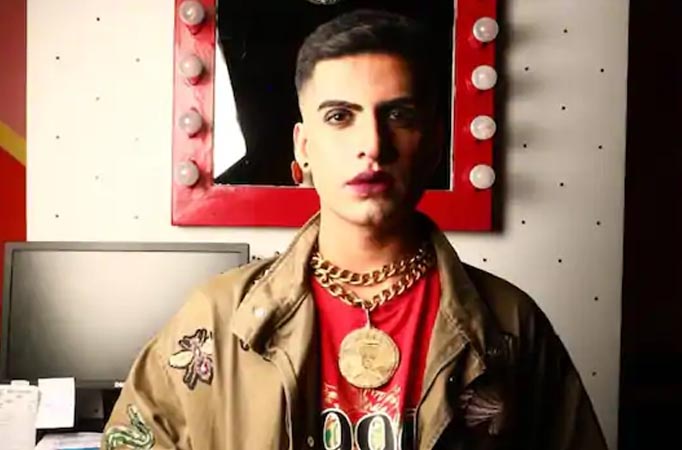 MUMBAI: Model-actor Sushant Divgikar has confessed that he is gender fluid. He added that had to come out about his gender identity because it was giving him a lot of anxiety.

“I’m gender fluid. My preferred pronouns are — he, she and they. I had to come out to all of you about my gender identity because it was giving me a lot of anxiety and, a lot of times, I just couldn’t cope with it. I realised it’s best I put it out there,” Divgikar said.

“Just to clarify, I have realised that I cannot be bound to only one gender. I am the synergy of both! I love my male as much as I love my female. I am Shiv as well as Shakti and the synergy of both energies. This is different from my orientation. I will always be attracted to men. It’s just that my gender identity is not just male! I am a non-binary person! I feel majorly relieved,” he added.

Divgikar continued: “To my loved ones who will read this and might be confused, I just want to say to each and every one of you that I will always have the same soul and THAT will never change. I hope you all support me as much and love me as much. We all got one life and nothing is certain. Tomorrow is never promised. So I guess , I had to just come out (again) and tell you all how I felt.”

Divgikar is a popular drag personality and has appeared and performed as Rani Ko-He-nur on stage during live shows.

Talking about his drag personality, he said: “I created this avatar because I wanted people to understand that drag is a performance art, and it is not just cross dressing. I’m gender fluid, hence the name, because Rani is a queen but Ko-He-nur has a he in it. In drag, a man — gay, straight, transgender or bisexual — can perform as a woman which includes wearing predominantly hyper-effeminate clothes, exaggerated make-up and wigs.

“Drag can also be performed by women — lesbian, straight, trans or bisexual — who dress up and perform as male characters. Gender fluid people also do drag — our first solo performing drag king is Durga Gawde, who goes by the stage name Shakti,” said Divgikar, who is enjoying the success of his debut independent single “Diamond”.

How to link Aadhaar with PAN card: Here are the five steps

March 1, 2021, No Comments on How to link Aadhaar with PAN card: Here are the five steps

March 1, 2021, No Comments on Landfill site collapse: Here’s what happened at Delhi’s Ghazipur

Mood of the Nation poll: Who are the stars of cinema and OTT?

March 1, 2021, No Comments on Mood of the Nation poll: Who are the stars of cinema and OTT?

Mood of the Nation poll: On social issues

March 1, 2021, No Comments on Mood of the Nation poll: On social issues

Mood of the Nation poll: What do Indians think of the government’s handling of the pandemic?

March 1, 2021, No Comments on Mood of the Nation poll: What do Indians think of the government’s handling of the pandemic?