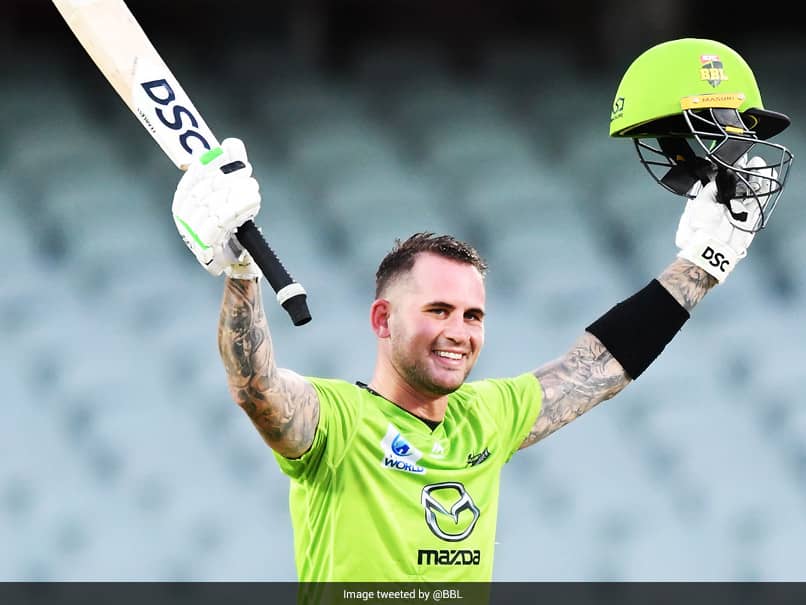 Sydney Thunder recorded the highest-ever Big Bash League (BBL) total of 232/5 against Sydney Sixers, in Match 48 of the ongoing edition. The game being held at the Adelaide Oval saw English opener Alex Hales score his maiden century in the T20 league off 51 balls, after Sydney Thunder were sent in to bat. Hales finished with a score of 110 off 56 deliveries, in an innings comprising of nine boundaries and eight sixes. The 32-year-old’s ton is the second hundred in as many days at the Adelaide Oval. Skipper Callum Ferguson, Sam Billings and Ben Cutting further chipped in with cameos, to help the Sydney Thunder post a formidable total.

Sensational stuff from Alex Hales as the Thunder pile up the BBL’s highest EVER total of 5-232 #BBL10 pic.twitter.com/VTUyIADqGb

Ferguson smashed 42 runs off 23 balls, with three boundaries and sixes apiece to his credit. Billings and Cutting scored 33 runs off 21 and 14 deliveries respectively.

Ben Dwarshuis was the pick of the bowlers for the Sixers, accounting for three dismissals. West Indies all-rounder Carlos Braithwaite and Lloyd Pope picked a wicket apiece.

The Sixers are currently on top of the league standings, having accumulated 32 points from 11 matches. The team has won eight games with three defeats so far.

Sydney Thunder on the other hand, are placed on the fifth spot on the points table. The side has earned 23 points in the same number of games, having registered six wins and five losses.