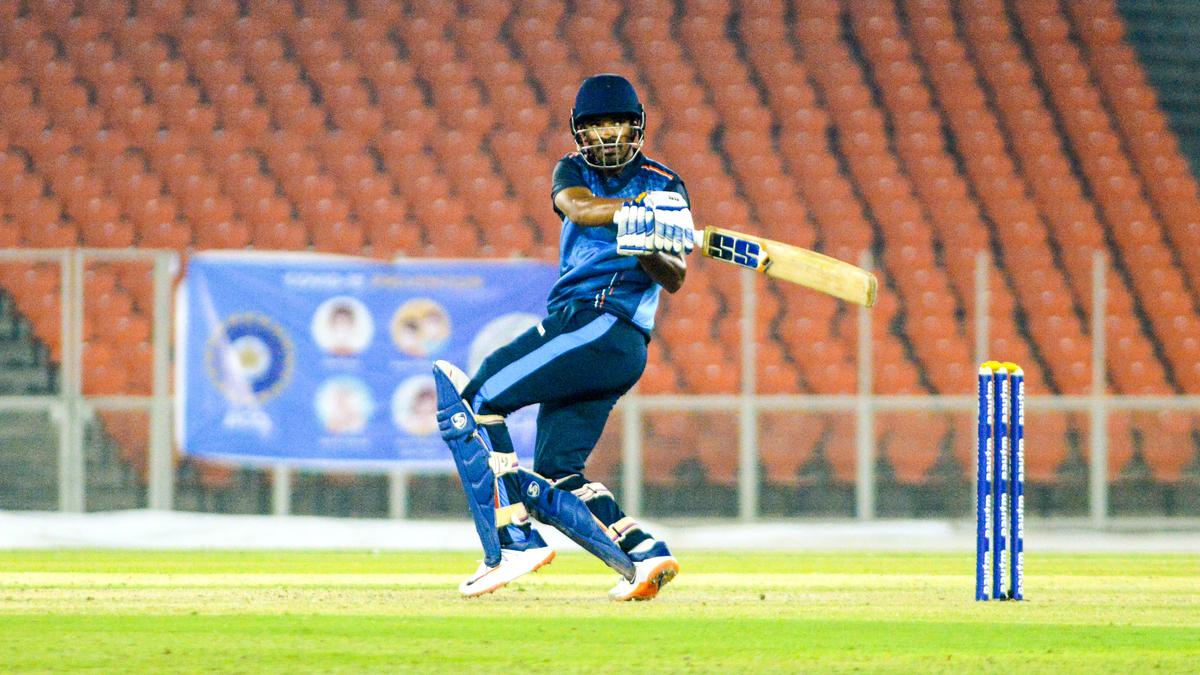 A disciplined Baroda outclassed Punjab by 25 runs in the Syed Mushtaq Ali T20 Trophy semifinal at Ahmedabad on Friday.

Batting first, Baroda paced its innings well to post 160 for three, before the bowlers cut Punjab down to 135 for eight.

Medium pacer Babashafi Pathan put the final nail in the coffin when he got Gurkeerat Mann (39, 37b, 3×4, 1×6) to lob a catch to deep point. Gurkeerat left with the required run rate touching 15 – too steep amountain to climb for his teammates.

Punjab captain Mandeep Singh, hampered by a shoulder injury picked up during fielding, dropped down the order to four-drop. Mandeep made an unbeaten 24-ball 42, but it was not nearly enough.

Kakade began to accelerate in the 11th over, with a slog sweep off leggie Mayank Markande. Kakade then got two maximums in the long-off region, going through with the shot even if he could not get to the pitch of the ball.

Devdhar, meanwhile, moved to top gear with two big sixes over midwicket off pacer Siddharth Kaul. Devdhar and Kakare were instrumental in Baroda racking up 96 runs in the 10 overs.

Punjab was let down by poor catching. Kaul dropped a regulation chance when Devdhar was on 31, much to the disappointment of bowler Markande.

A few overs later, Kakade received a life on 18, when Anmolpreet Singh misjudged a skier at long off.