Shiny Doshi reveals an exciting thing hidden in the promo of Pandya Store. 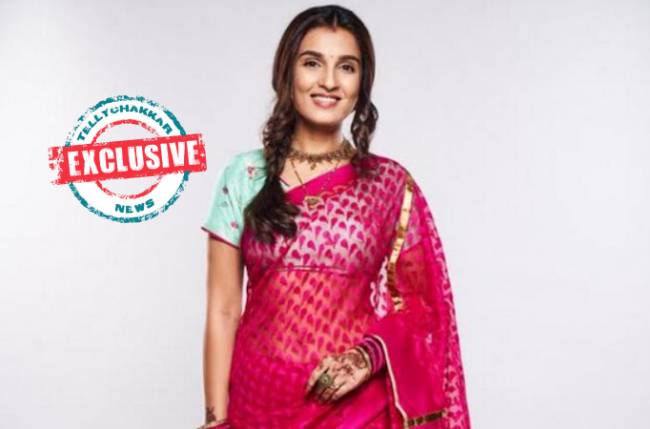 MUMBAI: The year 2021 has already got extremely exciting as a lot of new TV shows are set to be launched.

Star Plus is one such channel which has been a major source of entertainment to the viewers.

The channel is all set for the launch of yet another new show which is named Pandya Store.

Pandya Store will star Shiny Doshi and Kinshuk Mahajan in the lead roles. Shiny will portray the character of Dhara while Kinshuk will be seen as Gautam.

The show’s promo is out a few days back and has received a great response from the viewers.

The promo shows Dhara and Gautam married and how she stands by her husband like a responsible wife and gives all the support.

While fans are wondering that Shiny and Kinshuk’s character will be shown married on the show since the very beginning, however, that’s not the case.

In an exclusive chat with TellyChakkar, Shiny revealed the reason behind the promo and why her and Kinshuk’s character is shown married.

Shiny said, “We won’t be shown married from the beginning. In fact, Dhara and Gautam were never supposed to get married. However, there’s a twist in that story.”

Speaking about why the makers chose to show the lead character married in the promo itself, Shiny said, “The show’s story is somewhere related to Pandya Store. The makers will be showing every characters’ individual life also. The channel wanted to show this promo to convey the related to Dhara and Gautam and also the Pandya Store.”

The promo is just a glimpse of what’s going to happen in the future.

Pandya Store will be airing from 25th January onwards on Star Plus at 11 PM.

March 6, 2021, No Comments on Sunil Gavaskar Felicitated By BCCI On 50th Anniversary Of Test Debut. Watch

MAHE signs MoU with the University of Sydney

March 6, 2021, No Comments on MAHE signs MoU with the University of Sydney