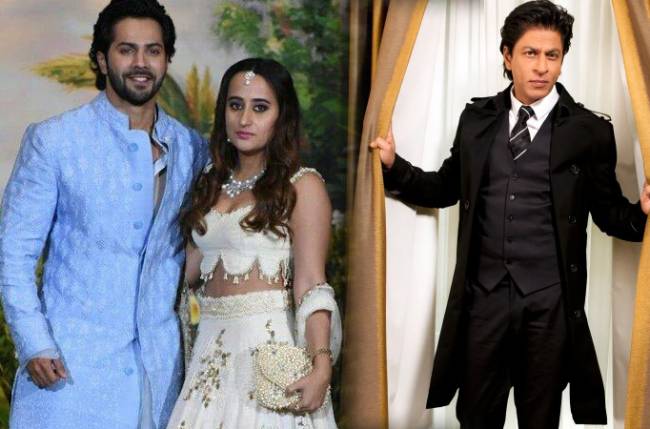 MUMBAI: Wedding of Actor Varun Dhawan and his childhood sweetheart Natasha Dalal is grabbing all the attention all across social media, As per several reports in the media, the duo will be tying the knot in Alibaug, with the wedding festivities to begin from January 22 and the couple will get married on January 24, 2021. As per reports, the couple is said to have finalized a The Mansion House in Alibaug, also as per latest reports Shah Rukh Khan has made his Alibaug bungalow available for the wedding festivities of the actor.

The reports further state the couple’s wedding festivities will take place in between Shah Rukh Khan’s bungalow and The Mansion House booked by the families, both these destinations are said to be located close to Mandwa jetty. The reports also hinted of the couple planning to fly off to Turkey for their honeymoon. The bride and groom’s family have departed from Mumbai and by now might have reached the wedding destination. SRK often hosts parties at his Alibaug residence those are graced by his industry colleagues and family members.

As per reports Varun and Natasha’s wedding festivities will begin from January 22, the couple’s Mehendi and sangeet ceremony will begin from today. ALSO READ: Varun Dhawan-Natasha Dalal’s Wedding Prep Begins; Actor’s Wedding Outfit Gets Delivered By Designer Kunal Rawal To His Residence

Videos of Natasha Dalal leaving for Alibaug with her family has hit the internet, meanwhile groom’s brother and director Rohit Dhawan too was seen with his wife Jaanvi and daughter leaving for the wedding.