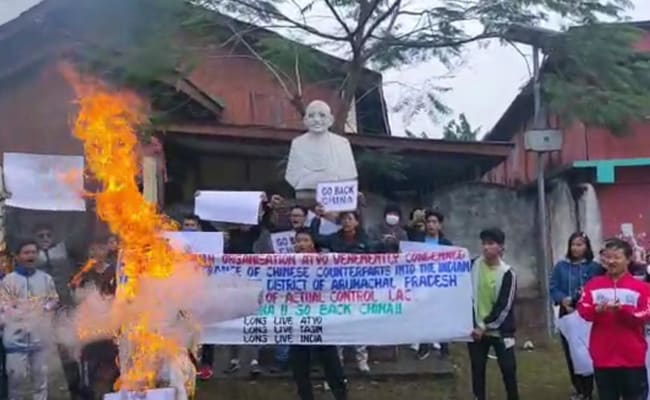 The protesters raised slogans like “Bharat Mata Ki Jai” and “We Are Indians”.

Protests have broken among section of people in Arunachal Pradesh’s Upper Subansiri District following NDTV’s expose of China having constructed a whole new village on territory that part of the state. Locals carried out a march today, carrying placards and burning effigies of Chinese President Xi Jinping even as they raised various pro-India, anti-China slogans.

On Monday, it was reported that China had constructed a new village in Arunachal Pradesh, around 4.5 kilometres inside of the de facto border on the Indian side. The village consists of about 101 homes, satellite images accessed exclusively by NDTV show. 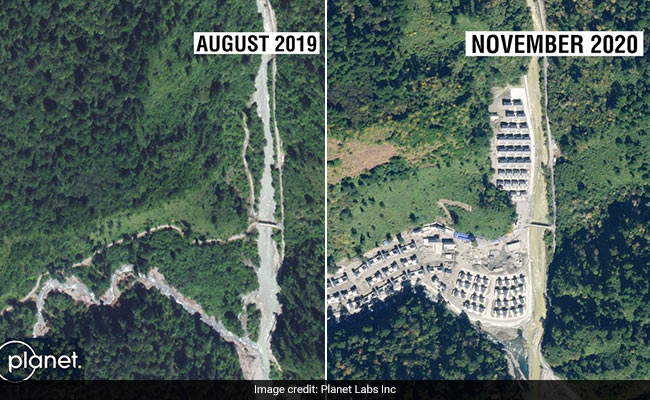 Though this area is Indian territory, according to official government maps, it has been in effective Chinese control since 1959. However, earlier only a Chinese military post existed, but this time a full-fledged village that can house thousands has been built.

The village, located on the banks of the River Tsari Chu, lies in the Upper Subansiri district, an area which has been long disputed by India and China and has been marked by armed conflict.

Today, locals of Upper Subansiri district took part in the protest organised here at Daporijo town by various youth and other organisations such as the All Tagin Youth Organization, the All Giba Circle Vigilance Forum, and New Market Welfare Association. 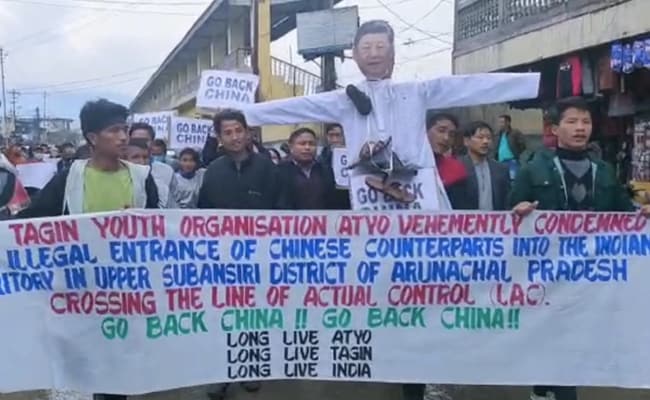 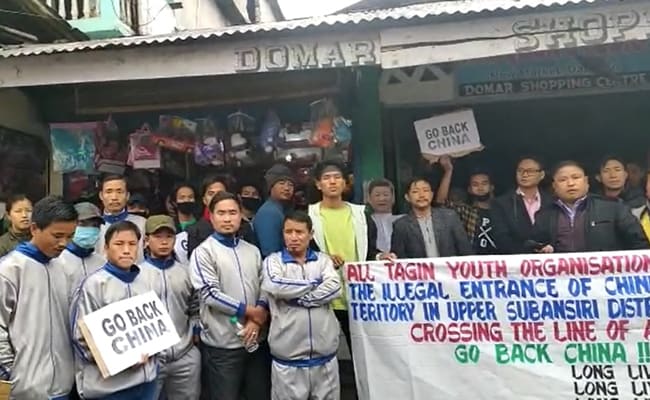 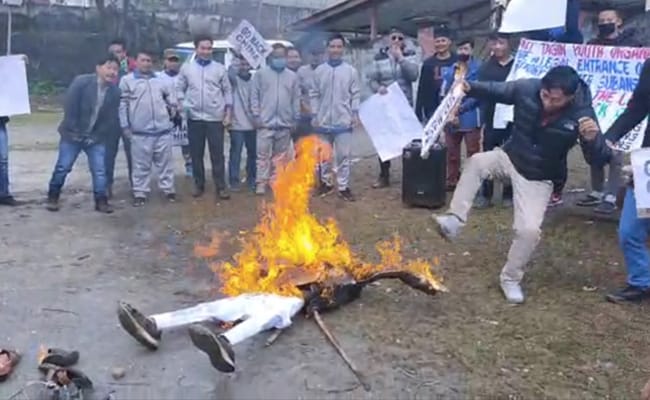 Those who marched in protest raised slogans such as “Bharat Mata Ki Jai”, “We Are Indians”, and “China Go Back”. They carried banners and placards, too, expressing similar sentiments. At the end of the march, they burnt the effigy of Chinese President Xi Jinping.

“We want the government to act on this. It will be better for our politicians, MPs, and ministers to stop the blame-counter blame game, because whichever government was in power, may it be the BJP or the Congress, they are accountable. We have remain neglected area for 70 years,” said Lardik Kare, General Secretary of the Tagin Cultural Society, one of the organisers of the protest.

Similarly, Pasighat MLA Ninong Ering said he had written to Prime Minister Narendra Modi about roads being build in the Anini sector by the Chinese beyond our last ITBP post at Dembem.

“If the Centre does not look into it, then, in future, Arunachal Pradesh and the nation might have to face a challenging situation,” Mr Ering said.